I’ve always done my best to keep Passaic County on the right track but also to do more – to deliver not just results, but a higher level of service that works to get resources and information out to constituents, and stands up for our shared values. With your support, I’ll continue to be a champion for Passaic County and the common-sense solutions that help all of us thrive.

John Bartlett is an attorney and public official with a record of results in county government. He’s also a homeowner, a husband, and a dad. As a lawyer and a leader, he stands up for the values most New Jerseyans share: practical approaches to public challenges, supporting business as the driver of economic growth and quality of life in the region, and ensuring equality of opportunity for all of us.

I’m the son of a country doctor. As a kid, I remember riding with dad on house calls. He kept his doctor’s bag in the back of his pickup truck, with a chainsaw in case a downed tree ever stood between him and a patient. Dad’s example of commitment and service guides me every day.

John and his wife, Dr. Khyati Joshi, moved to New Jersey after John finished law school, and have lived in Wayne for 15 years.

As an interfaith family, their story is the American story in all its rich diversity: John’s family has been in the U.S. for generations, and Khyati immigrated from India as a child. The family celebrates and observes both Christian and Hindu traditions; they attend St. John’s Episcopal Church in Montclair, and are involved with Hindu temples in our area.

John is a graduate of Harvard Law School and received his bachelor’s degree with honors from Brown University. He was also a Raoul Wallenberg Scholar at the Hebrew University of Jerusalem, where he met Khyati. She is a professor at Fairleigh Dickinson University and the author of numerous books on race and religion in America.

While living in Jerusalem, John wrote part-time for The Associated Press. Before law school, he also served as communications director for the national anti-crime organization Fight Crime: Invest in Kids in Washington, D.C., and as a barista at Starbucks.

John has been recognized with the highest professional rating for attorneys, AV-Preeminent, from Martindale-Hubbell, and he was selected among the New Jersey Law Journal‘s “Forty Under 40” promising young attorneys in 2010. He is a Partner in Murphy Orlando LLC, where his practice includes litigation and counseling for non-profit organizations, election and campaign finance law, and other complex business and appellate cases.

County government is where the rubber meets the road: Where all those services they debate in Washington and Trenton actually get delivered to the rest of us. I love county government because we’re close enough to see where work is needed, and can provide solutions at a scale that’s meaningful and efficient.

As a Freeholder and County Commissioner, John has increased County services to taxpayers while holding the line on tax increases – balancing 9 budgets, most of them with no tax levy increase. Among other things, John and his colleagues have:

At the same time, John’s active participation on a regional transportation authority has helped bring nearly half a billion dollars in new federal funding into our area, including major infrastructure projects serving businesses and commuters in Passaic County and beyond. John’s advocacy has also enabled Passaic County to improve and preserve historic treasures like the Morris Canal Greenway without increasing the burden on taxpayers.

Standing Up For Our Values

There are moments that call us to rise above party and politics and stand up for the universal principles that connect us all as Americans.

In nine years of County service, and as an attorney, John has gained a reputation as someone who stands up and speaks out on the moral issues that define America today: 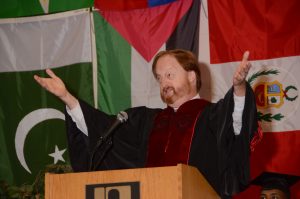 In 2009, John served on the Democratic National Committee’s legal team in the nation’s longest-running Voting Rights Act litigation, successfully protecting a court-ordered ban on the Republican National Committee and New Jersey Republican State Committee engaging in racially-targeted voter suppression activities. In 2013, he represented a coalition of community organizations and people with disabilities to oppose Governor Christie’s confusing, wasteful, and unnecessary scheme to hold two different state-wide elections within three weeks. And in 2020, he joined the Biden-Harris legal team on the ground in Pennsylvania to protect the right of all voters to cast their ballots safely and securely.

With his experience and commitment to thoughtful and responsive public service, John is ready to continue to serve all Passaic County residents as County Commissioner.