A Record of Results – Transportation Improvements

I believe that action speaks louder than words.  Want to know what someone stands for?  Look at their record of results.  In my nine years on Passaic County’s governing body, I have demonstrated a commitment to fiscal responsibility, economic development, and standing up for the vulnerable (particularly children with disabilities) and for the American values of inclusion and opportunity. 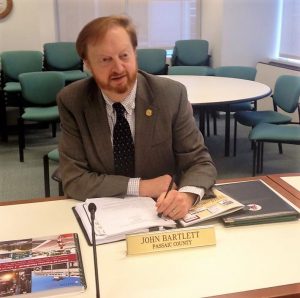 As Passaic County’s representative on the North Jersey Transportation Planning Authority (NJTPA), a regional transportation panel that handles $2 billion per year in federally-funded infrastructure programs from Ocean County to the New York border, I have been an advocate for the transportation needs that affect everyone who lives in or travels through our county.  Among other things, I have:

I am constantly advocating to make sure that projects large and small, like the Gateway Tunnel project and its essential “Bergen Loop” element, are having every possible positive effect on our region.  Projects like these, and a host of other small streetscape and road safety projects, drive growth for businesses and improve quality of life for residents and commuters in Passaic, Morris, Sussex, and Essex Counties.  Through advocacy and collaboration with local governing bodies, we have also been able to improve and preserve historic treasures like the Morris Canal Greenway without increasing the burden on taxpayers.

To learn more about John’s Record of Results, click here.